Currently Editor of the Jewish Chronicle, Stephen Pollard continues to write about politics, policy and culture for The Times and the Daily Mail in the UK, Wall Street Journal, Europe and other newspapers.

In the 2004 he became widely known as the author of the best-selling and controversial biography of former British Home Secretary David Blunkett.

He was a prize winner at the 2003 Bastiat awards for journalism, having been a lead writer or columnist at the Evening Standard, Independent, Times and Express.

He has held senior positions in the Fabian Society, the Social Market Foundation, the Centre for the New Europe and the European Institute for the Study of Contemporary Antisemitism.  He has sat on the Advisory Boards of Reform (the think tank), Just Journalism and Pfizer Europe. 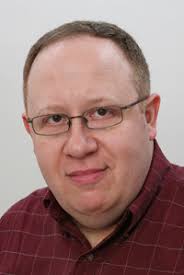 A Class Act: The Myth of Britain’s Classless Society (with Andrew Adonis)

Ten Days That Changed The Nation: The Making Of Modern Britain