Robert Lacey is a British historian noted for his original research and fine writing. He is the author of numerous internationally bestselling books about diverse but thematically linked subjects:

The Modern British Royal Family: in 1977 he published the best-selling Majesty, which remains acknowledged as the definitive study of British monarchy; in 2017 he wrote The Crown, the official companion to Season 1 of the Netflix original series.

Saudi Arabia: upon its publication in 1981, his internationally bestselling book The Kingdom was banned in Saudi Arabia but continued to be required reading for all businessmen, diplomats and students visiting or studying the nation and its people; in 2005 he returned there to research and write a standalone sequel, the critically acclaimed and best-selling Inside the Kingdom.

Biographies: his first two books were historical biographies of Robert, Earl of Essex and Sir Walter Raleigh; in due course he went on to write contemporary biographies including Meyer Lansky, Princess Grace of Monaco, Ford: The Man And The Machine, and Model Woman (about Eileen Ford, who was no relation of Henry).

British Cultural History: Aristocrats, Bidding for Class (about Sotheby’s auction house), Great Tales From English History and The Year 1000 are further examples of his versatility and knack for best-selling book concepts with enduring appeal.

He is currently under retainer to ITN in the UK and NBC in the US for his commentary about the modern British royal family, in continuance of his many years of broadcasting and lecturing around the world on all of his subjects. 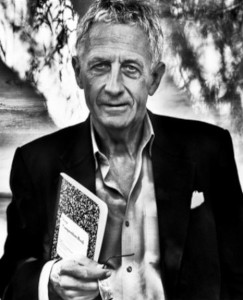 The Crown: Political Scandal, Personal Struggle and the Years that Defined Elizabeth II

The Crown: The Official Book of the Netflix Series

Grace: Her Lives, Her Loves

Inside the Kingdom – Kings, Clerics, Modernists, Terrorists and the Struggle for Saudi Arabia